Where were you ten years ago at Christmastime? I was the youngest snow bird that ever lived. I was working in Palm Beach as the chief mouthpiece for the Catholic diocese and local bishop jetting back and forth to my Boston and northeast brood to get my fix of “home” along with  a side dish of city to fill the perpetual ache of homesickness. At this point I was three years into a heavy duty assignment rife with crisis communications, but one particular December at the end of 2008 became a New York minute game changer.

What was a simple makeshift girl’s road trip from Boston to New York to break in my aunt’s new mini van turned into a full on spiritual breakthrough that unfolded inside the sacred crypt underneath the altar at Saint Patrick’s Cathedral on 5th Avenue. The gals in my family are a lot like yours. We shop, we eat, we love beautiful things and we pray.

I remember the robo calling and texting one aunt, two aunt, third aunt, my sister and with my mom and niece we were a girl-pack of seven squeezed into the un-Christened mini-van with that perfect new car smell and tins of freshly baked, very high end Christmas cookies for this spontaneous holiday excursion. My Aunt Dean’s mark on our holidays was unmatched and she made events and a road trip like this special so that the 3 and a half hour ride from Boston to Manhattan would be festive as we passed around the tins with our coffees. Just don’t dirty Aunt Penny’s new ride!

We stayed at the Waldorf and piled into two rooms, and plotted our New York adventure of the Rockettes Christmas extravaganza, shopping on 5th Ave, American Girl Doll, Zabar’s, brief spins through our old neighborhoods, favorite haunts….and Saint Patrick’s Cathedral. Everyone had similar and different agendas but we all rallied around the important stuff. Everyone made their way to Saint Pat’s for a look inside and a few of us stayed for Mass, after which the experience of experiences inside the crypt took our breath away.

Ten years ago, I had no idea the Emmy award winning Bishop Sheen was on track for sainthood. I just thought -dead, holy bishop – he could most definitely help me in several areas of my life. I had this blossoming spiritual friendship with Sheen during my assignment in Palm Beach and prayed asking his intercession on a handful of occasions. Not realizing he was buried at Saint Patrick’s Cathedral, and after seeing a prayer on the engraved kneeler where I was praying, I was dumb founded and catapulted into the reality that this blooming friendship was no coincidence with God.

It took some fancy persuasion to get inside the crypt to pray in close proximity to Sheen at his resting place. Hi, New York. Please meet Boston. I PR’d it and we got in.

After praying inside and silently asking Bishop Sheen for help with five impossible intentions, I told him if he helped me with Jesus – if he obtained these intentions from the Lord, I would promote him. If anyone told me that ten years later, after that spontaneous and Spirit filled prayer, that I would be wrapping a year-long book tour and leading retreats “In the School of Fulton J. Sheen” – I would not have believed it. We think God is sometimes a “one and done” experience and Jesus continuously shows me this race is a marathon not a sprint.

God took this little closing prayer of mine so seriously that when I walked out of Saint Patrick’s and turned on my phone to meet up with the rest of my family, I had an email at the top of my inbox from a priest I never met before. He introduced himself as the executive director of the Cause for Canonization for Fulton John Sheen in Peoria, ILL and asked if I would help “promote” his cause for sainthood in south Florida. WHATTTT?

The Holy Spirit was moving as fast as a locomotive and when I returned to my diocesan work after Christmas break, plans were hatched to begin promotion of Sheen’s cause. The saint-to-be became a heavenly intercessor during a time of much needed renewal in the Church. Sheen also began to make good on the intentions that I had prayed for inside the crypt. One at a time these very impossible situations were being answered. The first came like a nuclear bomb and the next two came within a couple of years. Sheen let me know that he was behind each of these petitions coming to pass.

You can read more in Fulton J. Sheen from the new Ex Libris series by Pauline Media, a compilation of Sheen’s wisdom that includes my introduction on how this famous New York bishop crashed into my life and why he is relevant for a new generation.

I’ll be back in New York this December, this time signing books at Pauline Books and Media on December 7th and I will present a lecture at the Sheen Center for Thought and Culture, Sunday, December 9th, the memorial of Bishop Sheen’s death. I join Monsignor Franco, former assistant to Bishop Sheen for this very special and emotional day.

A lot has happened in ten years. There have been incredible joys and deep pains and sorrows. Four intentions have come forth in ways that only heaven can take credit for. God has put my feet into the deep as He’s moved the Divine chess pieces of my life around according to His will. Some of the most surprising aspects of my last decade have been shaped through the intercession of Bishop Fulton J. Sheen and as I look back on God’s hand coordinated with His saint in the making, I am in total awe of His ways, high above my ways. 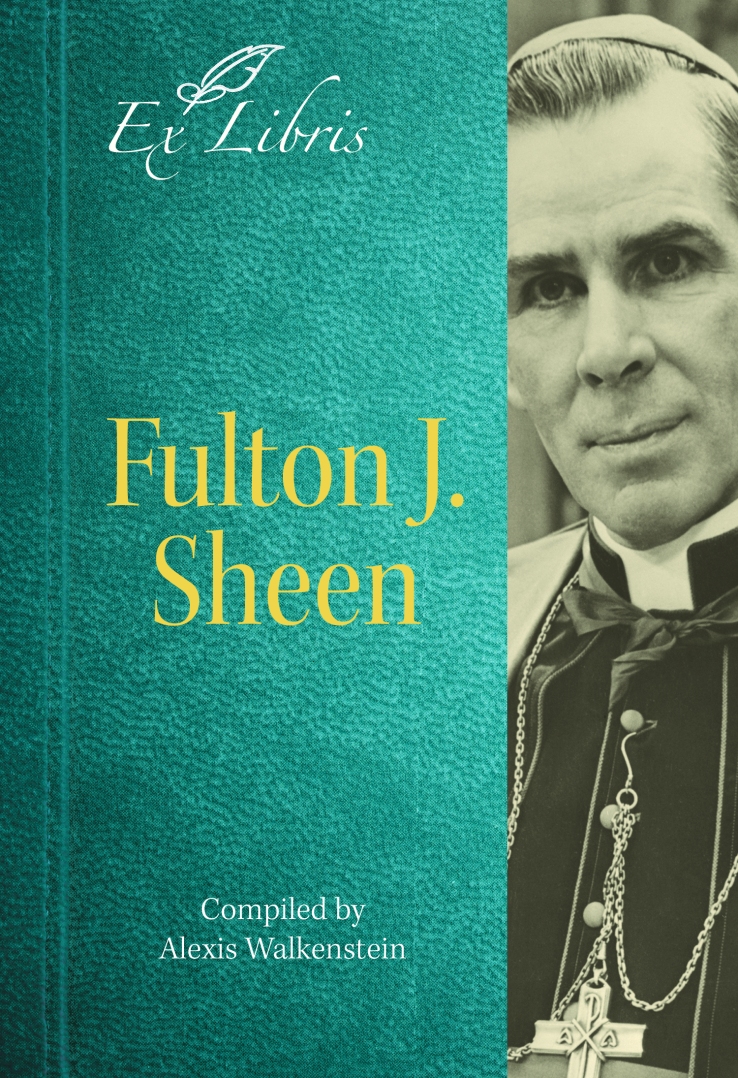 If the security guards at Saint Patrick’s Cathedral let me in, I hope to make a visit inside the crypt to pray in thanksgiving for all the Lord has done through the intercession of Bishop Fulton J. Sheen. I have one intention that remains. Sheen has it and he will deliver it. I expect the loop of a perfect ten years to bring this intention to a divine and dramatic unfolding. Best for last.